Fill Out Our Hair Loss Questionaire

To Questionaire
SEEKING MEDICAL CARE
See a doctor immediately if you
• Suddenly lose handfuls of hair
• Get patchy bald spots.

Symptoms of hair loss include hair loss in patches usually in circular patterns, dandruff, skin lesions, and scarring. Alopecia areata (mild – medium level) usually shows in unusual hair loss areas, e.g., eyebrows, backside of the head or above the ears, areas the male pattern baldness usually does not affect. In male-pattern hair loss, loss and thinning begin at the temples and the crown and hair either thins out or falls out. Female-pattern hair loss occurs at the frontal and parietal

People have between 100,000 and 150,000 hairs on their head. The number of strands normally lost in a day varies but on average is 100. In order to maintain a normal volume, hair must be replaced at the same rate at which it is lost. The first signs of hair thinning that people will often notice are more hairs than usual left in the hairbrush after brushing or in the basin after shampooing. Styling can also reveal areas of thinning, such as a wider parting or a thinning crown. 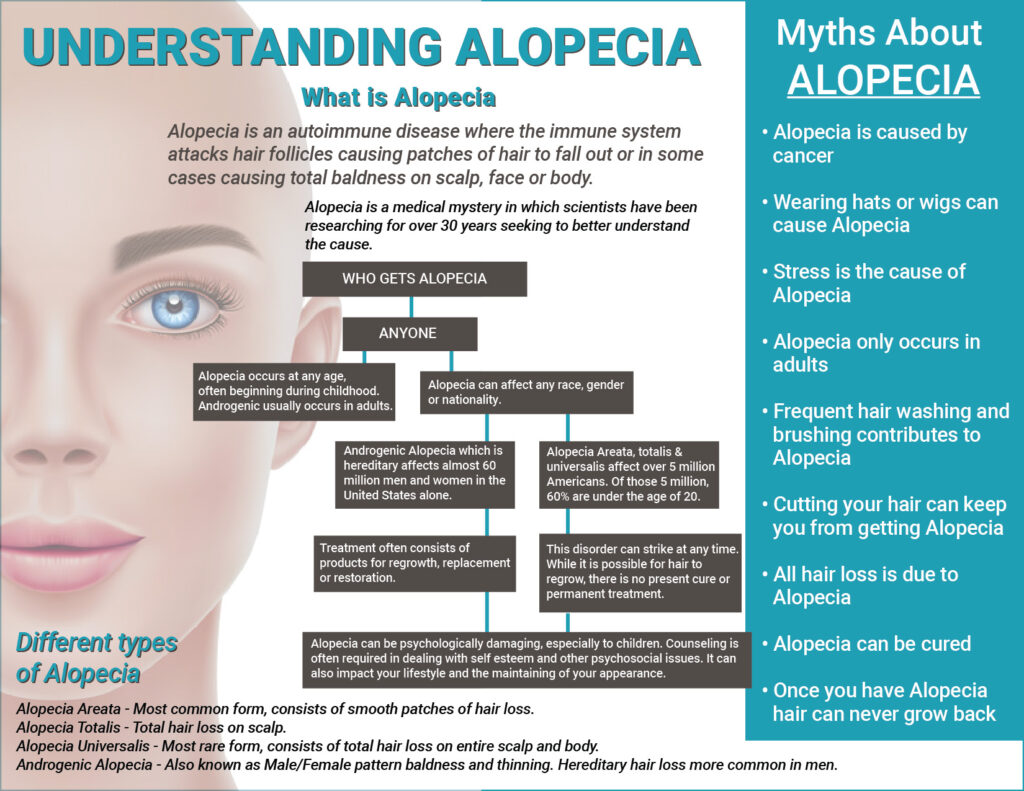 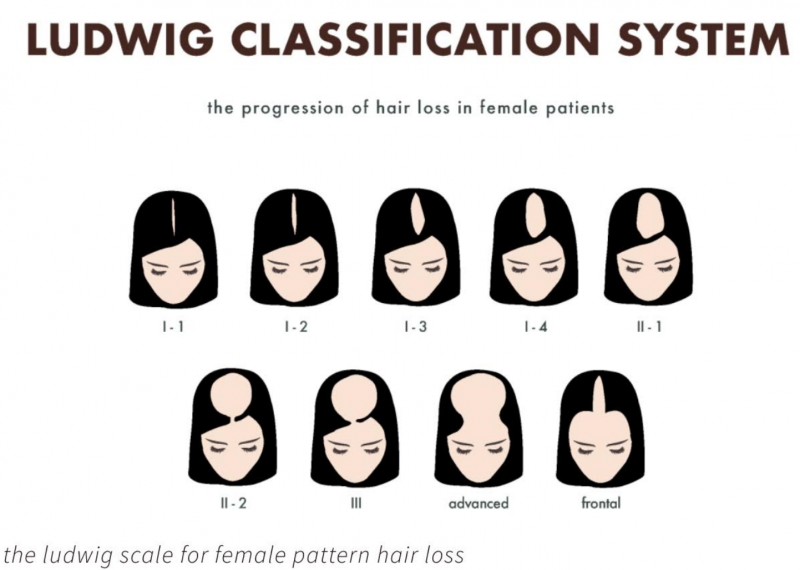 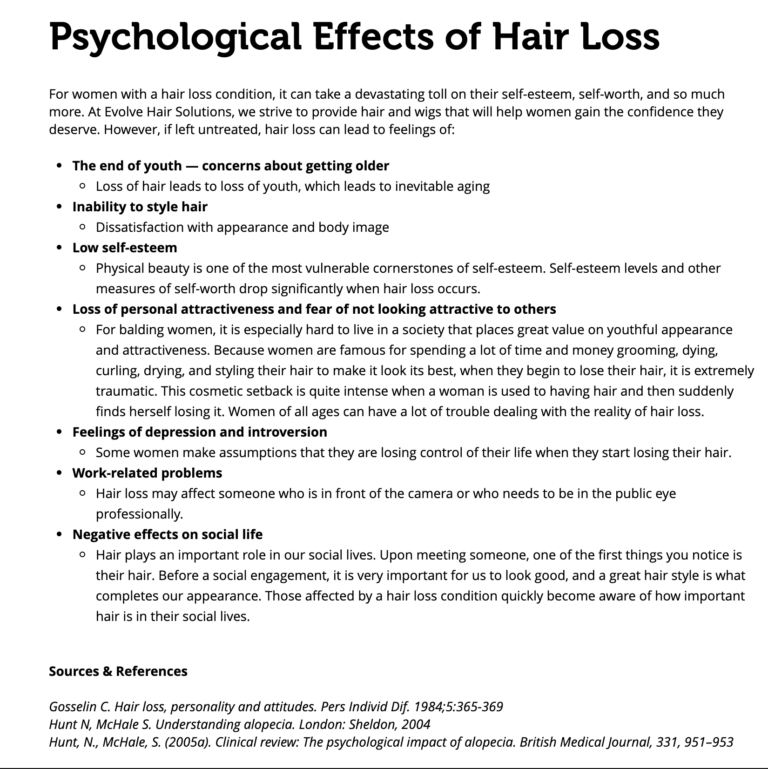